Karachi has been known since ancient Greeks. Karachi was called Ramya at that time. In 711CE, when Muhammad Bin Qasim conquered Sindh, they found some ports in Sindh. Syed Ali Reis discovered a new port in Karachi in 1553. In the 19th century, there were almost 25 huts in Karachi. Meanwhile, in 1729, a new settlement was made named The Village of Kalochi in Karachi . Consequently, Kalochi (Karachi ) was about 40 sectors in size and the name karachee (Karachi ) was first used in 1742. Karachi was under Khan of Kalat in 1770. Till 1839, Talpurs ruled over Karachi city.

After 1839, British ruled the Karachi city. It gained importance due to the valuable goods in this city. In 1876, Muhammad Ali Jinnah was born in Karachi. In 1869, Karachi city was known as the main port. This port was connected to the railway later. In 1878, British Raj ruled over Karachi, and Karachi was considered the largest wheat exporting port till 1899 therefore the population in Karachi expanded to 117,000.

After the post-independence, Karachi was part of Sindh.  The first capital of Pakistan was Karachi. It was considered a separate district of Sindh in 1948.  At that time, the population in Karachi was about 400,000. Karachi was used to give shelter to Muhajirs. There was 42% of the Muslim’s population which was expanded to 96% till 1951. Karachi’s most popular language was Sindh’s Urdu. There were 100,000 Muhajirs in Karachi. In the 1960s, Karachi was an important economic role model for Pakistan.  Several historical architects in Karachi were established. For Example, Masjid-e-Tooba, Mazar e Quaid. In mid-1960, Karachi was an important place of attraction for Pakistanis and people from all over the world. 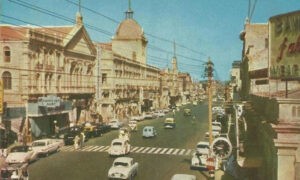 In the 1970s, construction work grew in Karachi Pakistan by the investment of Gulf States. As a result, Karachi became an industrial state of Sindh. Zia Ali Bhutto was president in 1972.  The progress of Karachi space art improved  during the Zia period. From the 1980s to the 1990s, there were almost one million Afghan refugees. There was a great political conflict during this period. The conflict between the MQM part and Sindhis increased.  In 2010, Phushton refugees moved to Karachi city.  Besides this,violent crimes spread out . Till 2014, Karachi was ranked as the 6th most dangerous city in Pakistan.

After 2014 Condition of Karachi:

The geographical location of Karachi is the coastline of Sindh province. Karachi meets close to the Indian tectonic plate and Arabian tectonic plate. There is a large hilly area in Karachi Pakistan. Karachi is considered the main point for Pakistan’s finance and commercial usage. Karachi is Pakistan’s economic backbone. The approximate GDP of Karachi was $114 billion in 2014. Afterwards, many banks’ headquarters were built in Karachi, Pakistan. Karachi industry plays an important role as 30% of the manufacturing of Pakistan. In 1970, Karachi was the capital of Sindh by Yahya Khan. 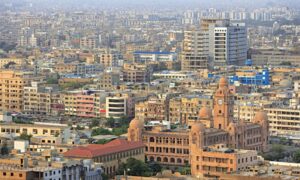 Diversity of Population and religion in Karachi:

The population in Karachi has diversity. It has Gujarati-speaking refugees. Similarly, there is also a diversity of regions in Karachi for instance, Islam, Hindus, Jews, Sindhi Hindus. 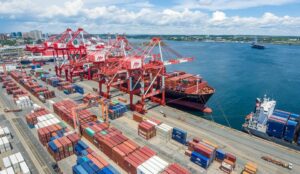 Why Sindh High Court had been so popular ?

Mithi: A sanctuary of Muslim-Hindu harmony